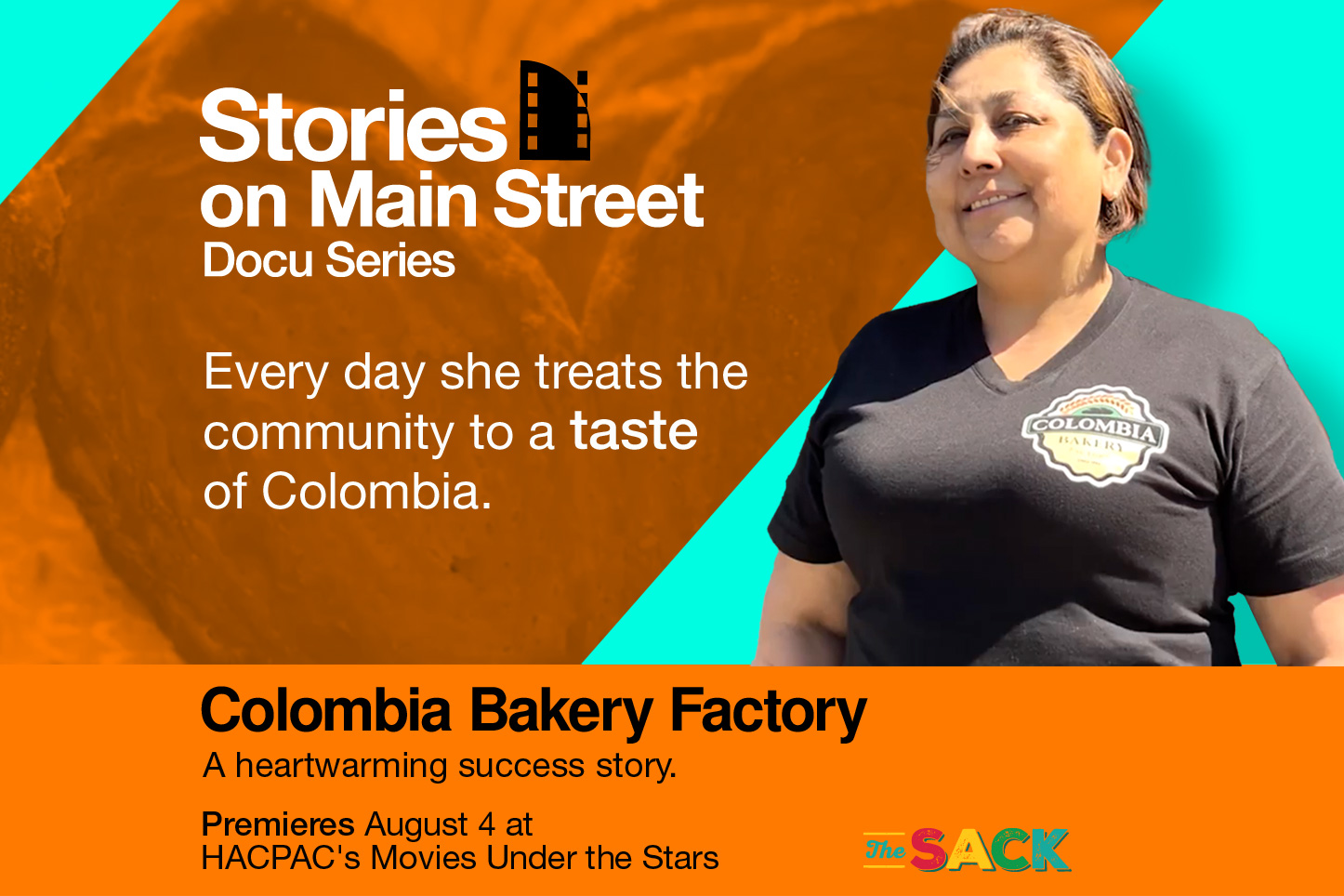 For the Stories on Main Street Docu Series, the goal wasn’t just to craft films that capture incredible immigrant success stories. It was to be relatable. Speak to anyone who has dared to dream. We wanted audience members to see these films and put themselves in the moment—to be inspired and moved to pursue their own personal visions, no matter the challenge.

The first of four films premieres this Thursday, August 4th, and delves into the life of Nelfita Rodas. One woman committed to bringing a taste of Colombia to Downtown Hackensack.

Nelfita had moved to the US from Ecuador and then later went to Colombia to study culinary arts. In the US, it wasn’t just about fitting in but contributing to the growth of Downtown by introducing something new to the community. She didn’t just want to bring her culinary talents to an already established venue. It was about carving out her own place on Main Street. Her dream—the Colombia Bakery Factory.

Today, residents still get to experience Nelfita’s dedication every day. Starting at the crack of dawn, she arrives ready to bake up her fresh treats along with brewing her own signature rich roasted blend. She’s always out and about, greeting the commuters and early morning risers as well as connecting with those first-time visitors who happily wander into her welcoming establishment. So what other stories does Nelfita have to tell? You can find out this Thursday, August 4th with the premiere of our Stories on Main Street Docu Series at HACPAC’s Movies Under the Stars in Atlantic Street Park, beginning at 8:30PM. Hope to see you there.